If you think that Acquired Brain Injury is all bad news, you’ll be moved and inspired by this uplifting story from one of Headway Shropshire’s Rehabilitation Centre clients…
Carl leads a very active life. He’s always been that way and he probably always will be. It’s in his bones. In the past, Carl played football and took it pretty seriously by all accounts. He was even awarded player’s player of the year and manager’s player of the year. Aside from football, Carl enjoyed motocross and karting. Having a love of cars, one day he decided after a lot of soul searching to spend a little money on himself and buy what he calls his “selfish car” – the sports car of his dreams.  All in all, Carl was in good shape as he approached his 50th birthday, and enjoying a full life.

Of course, given that this is a Headway Shropshire article, you’re probably thinking that a momentous event is about to take place in Carl’s story, and you would be right. On 9th May last year, Carl had a serious stroke. He was admitted to hospital and remained there until July. He lost all movement down his left side.

Lying in hospital, with time to think, Carl started to assess the situation he was in. He realised it was serious; about serious as it could get. He didn’t really yet know how his recovery would go. He had visions of his motocross bike, his kart and his beloved sports car, all sitting idle, never to be used again, and started to see just how many changes he would need to make in his new life.

Most people who wake from a coma and find themselves with the effects of brain injury start off with feelings of denial, “I’ll soon be back to my old self”, or anger – the “why me?” routine. But unlike many people in that situation, Carl soon shrugged off such feelings and began to see his brain injury as just another of life’s challenges – his greatest challenge yet.

He began to apply the tremendous willpower and perseverance that he has always applied to his life. As before his brain injury, he began to regard his recovery as a process to be worked through, setting goals, deciding on the steps he needed to take to attain those goals, and working through those steps.

Of course, it was not as easy as it sounds. During those early weeks when Carl was in hospital, he knew deep down that there was a real chance that at any time he could hit the limits of what he would ever be capable of. But those thoughts did not stop him for a second.
Soon, Carl stayed in hospital only during the week, receiving on-going physiotherapy, and spending his weekends at home, beginning to relearn whatever skills he needed to live independently again. It was such a struggle. With overwhelming stiffness and loss of use of his left side, he had to learn how to wash and dress himself. On top of that, he had problems with balance, and spent many a weekend hauling himself up and down the stairs; learning new techniques and finding new ways forward.

During this time, it was Carl’s tremendous determination that kept him going, together with the help of his partner, work colleagues and family. He also found support in another guy who was going through the same thing. They egged each other on through difficult physiotherapy exercises and practice.
It’s a reflection of his success that in July, merely two months after his devastating stroke, Carl was assessed as ready to leave hospital. His physiotherapy would continue and does to this day, but now he was entering a new phase of life with a brain injury.

Back at home, Carl began to accept that his life would never be the same as it was before. For Carl, this does not mean “worse”, it just means “not the same”. He realised that playing team football was probably out, and that motocross was probably out. But he knew that his mobility was still improving, so he decided to set himself a couple of goals that he knew full-well may be out of his reach. But not knowing for sure whether a goal is possible never stops Carl from trying. Carl set out to get his mobility to the stage where he could experience the thrill of karting again. He also dreamed of driving his sports car again and set his sights firmly on that goal knowing full well that it might be out of his reach.

“back behind the wheel”

A huge amount of heartache, pain and sheer hard work followed, culminating in a driving assessment in Cannock, using an adapted car. Carl was shown how to operate the sophisticated wireless control pad attached to the steering wheel. It enables you to use all of the hand controls of the car, but with only one hand, and has a handle that is used to turn the steering wheel. Carl quickly got the hang of it – and was euphoric when he was assessed as fit to drive! Soon afterwards, Carl had his own car adapted in the same way as the one has drove during his assessment, and incredibly he soon found himself back behind the wheel of his cherished sports car! If you come to Headway Shropshire when Carl does, you will see it parked outside. Karting, Carl’s other goal, has also been attained. He goes regularly to “Full Throttle” in Stourbridge for a spin around the track. Knowing how determined Carl can be, I for one would not want to be on that same track!

As for the future, not one for resting on his laurels, Carl has yet more goals in his sights. He wants to play football again, not in a team, but with enough mobility and balance to kick a football around just for fun. He’s planning a sponsored 5km walk (splitting the proceeds between the hospital and Headway Shropshire), and he’s also planning an epic road trip, driving to Monaco to see the 2015 Formula One Grand Prix – a trip of more than 1,100 miles each way!

So Carl’s story is not a sob story and it’s not a sad story. It’s a story of life, peppered with determination, hope, optimistic realism and achievement. Of course, Headway Shropshire cannot claim credit for the tremendous goals that Carl has achieved, but as for many with an acquired brain injury, our rehabilitation centre has offered a lifeline to Carl, providing not just relearning and re-ablement, but also social rehabilitation and support from people going through different stages of a similar journey. As Carl himself says, “I’d recommend Headway to anyone”. Carl has kindly given his permission to publish this article on the Headway Shropshire website and in the Headway Shropshire newsletter. “not a sob story and not a sad story” 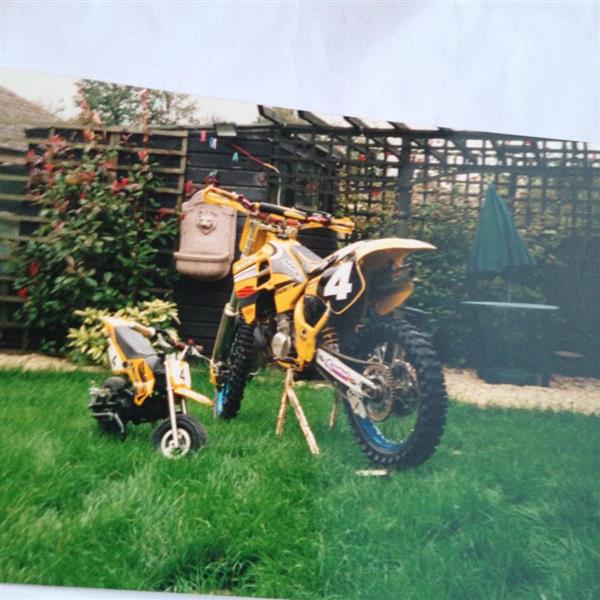 We have some exciting news!

Severnside Lions Scooter Club have decided to support Headway Shropshire this year by making us their charity for this year.

Here’s what they had to say……

“Just a few words about the charity we are supporting this year. Headway Shropshire have a dedicated facility at Oxon for supporting people with acquired brain injury. Having seen the facility first hand, we can commend that we support them. In addition, they provide support and care in the community, all support they provide can only continue by donation. Tickets for the raffle to win a shiny Vespa PX200 are on sale now”

Raffle tickets are on sale (£10 per ticket) through Matt or Lizzie at Headway Shropshire or through Severnside Lions Scooter Club.

Matt or Lizzie on 01743 365271 or email us at fundraiser@headwayshropshire.org.uk

Thank you to all the volunteers who helped out at the Headway Shropshire Christmas Fair at the weekend. We are very grateful to everyone who braved the weather to join us for our annual festive celebrations. Jean and Louisa lead us with the Christmas Carols whilst we all enjoyed festive refreshments. We had some amazing raffle prizes donated, everyone bought lots of tickets and lots of gifts were purchased from our selection. All the money raised will go towards activities for our clients in the centre.

Geoff Hammond, a client in the Rehabilitation Centre at Headway Shropshire, has been working away on something very special in the woodwork room. It was all a bit hush-hush, with everything strictly on a need-to-know basis – until last week, that is, when Geoff revealed his marvellous creation to the world.

Lorem Ipsum is simply dummy text of the printing and typesetting industry. Lorem Ipsum has been the industry’s standard dummy text ever since the 1500s, when an unknown printer took a galley of type and scrambled it to make a type specimen book. It has survived not only five centuries, but also the leap into electronic typesetting, remaining essentially unchanged. It was popularised in the 1960s with the release of Letraset sheets containing Lorem Ipsum passages, and more recently with desktop publishing software like Aldus PageMaker including versions of Lorem Ipsum.

On Friday 28th June 2019 we saw the end of the 12 week BBO Project, we said goodbye to our last two participants at Headway Shropshire and our time with the Landau Project.

Headway Shropshire have been really pleased to be part of this project, especially as we can see the positive effect it has on those individuals taking part and the opportunities it is giving them to move forward in their lives.

We wish to thank all those who took part in the project including participants, clients, staff and Landau.

Thank you to everyone who wore a hat for the day to support Hats For Headway.

Hats for Headway day is a great way to raise awareness of the work Headway Shropshire does in our annual celebration.

The idea is very simple, all we ask you to do is wear a hat on 24th May to show your support.

We would encourage you to wear a hat that is crazy and bizarre but this is not compulsory, we just want you to have fun.

Ask all your colleagues, friends and family to wear a hat for the day to raise awareness and donate £2 to Headway Shropshirehttps://www.justgiving.com/campaigns/charity/headway-shropshire/hatsforheadwayshropshire

Meet our amazing clients, volunteers and support workers in our rehabilitation centre.

Our clients enjoy socialising in our centre and trying different activities These acitivities not only provide a great deal of enjoyment but they also provide the opportunity for our clients to work on life skills they are relearning.

The Headway Shropshire rehabilitation centre is open Monday to Friday 9.30am to 3.00pm.

Our staff in the Rehabilitation Centre have spent the last week planning and creating a Summer Festival in the centre.  Many of our clients were unfortunately unable to attend our Summer Fair which took place in the evening, so we bought the festival to the clients.

Everyday there were different activities for the clients to get involved with including a Daily Raffle with prizes donated by our supporters.  There was also a Name the Dog and Guess the Number of Sweets in the jar completion running all week.

Clients enjoyed getting dressed up with our Photo Booth Props as you can see from the photo below.

Sarah MacBeth our Rehabilition Centre Manager was really pleased with how the event went “It was lovely to see everyone getting involved and we had lots of fun”.

Support staff were adding a touch of sparkle all week by offering Glitter Art and Temporary Tattoos.  We had lots of handmade and donated items on a stall for clients to buy throughout the week and it was a lovely way to raise some money for the Rehabilitation Centre.

No comments to show.